The Sabil was known as Sabil al-Basiri and Sabil Bab al-Nazir, but according to the foundation inscription, the one who renovated it was Ibrahim al-Rumi in the Mamluk era, during the reign of Sultan al-Ashraf Sayf al-Din Barsbai, Eypt’s 9th Mamluk sultan. An inscription on two marble plaques on the exterior of the south wall gives the date and the intended purpose of the building:

The Sabil is built over a dome covering a large well carved in rock. The sabil is a free standing structure not attached to any adjacent building. Its architecture is simple, comprising a single square chamber with a shallow dome above it. There is a resemblance in planning and form between this Sabil and Sabil Bab al-Maghariba. 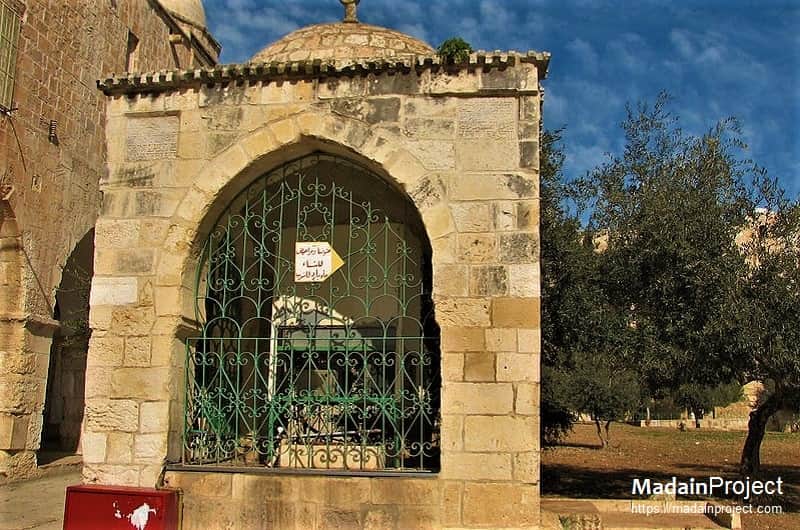 The overview of Sabil Ibrahim Rumi (Photo by https://madainproject.com/fountain_of_ibrahim_rumi#gallery-1)

The Sabil caters for people arriving from Bab al-Nazir (located in the western corridor to the left) and Bab al-Ghawanima. It is noteworthy that the Sabil founder restricted its use to the poor and destitute and prevented use by water providers, or transporting water from it in leather containers, indicating that he refused trading in water. This is an unusual condition in water sources like religiously endowed Sabils. Normally, water use is unrestricted in most cases. Currently modern faucets with stainless steel troughs de- liver water from IslamicJerusalem’s water pipeline to the visitors. 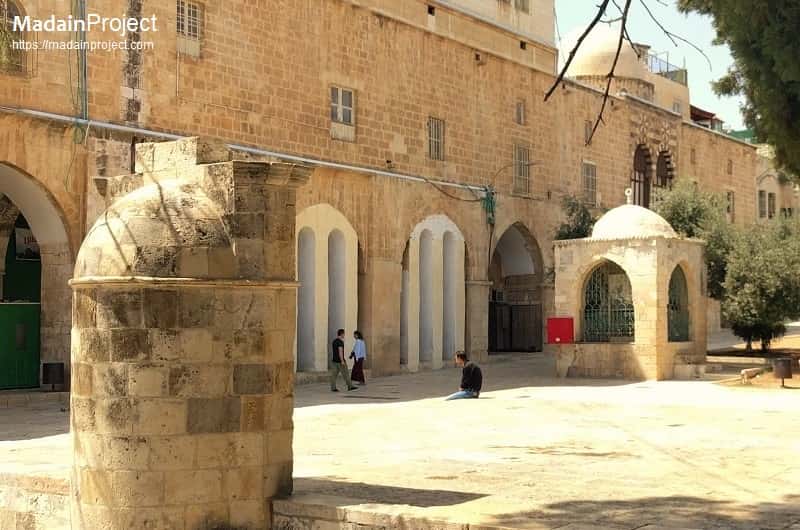 The western corridor to the left (Photo by https:https://madainproject.com/fountain_of_ibrahim_rumi#gallery-2)

Built over a dome that covers a large well carved in rock, the sabil is a freestanding structure. Its architecture is simple, comprising a single square chamber with a shallow dome above it. The east wall has a door that leads inside the chamber, and the other three walls have a window each, with water troughs for drinking. The drinking troughs were fed from the water well underneath, from where water was lifted and poured directly into them. Visitors to the mosque drank from these troughs using tin cups.

Each of the four external walls incorporated a pointed arch, blocked up except for a plain entrance door in the east side and rectangular windows in the other three sides. A billet molding forms a continuous cornice round all four sides. The stone-faced dome rises directly from the roof that culminates in a stone crescent finial (afinial or hip-knob is an element that marks the top or end of some object, often formed to be a decorative feature).

Two crude steps lead up to the entrance door. Within, the dome rises directly from the wall, sailing over the corners without a transitional zone; presumably it is carried on stone beams across the corners, but since the interior is coated with plaster, the structure is concealed. Plaster basins in the windowsills must have held water drawn from the cistern. Cupfuls of water could then have been passed through the windows. 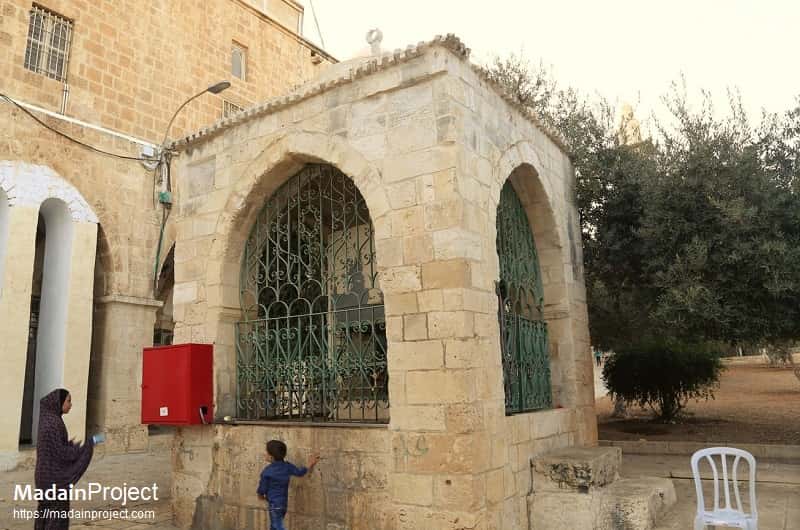 The architecture of the Sabil - freestanding, the door on the east wall, two crude steps lead up to the entrance door, the other three walls have windows (Photo by https:https:https://madainproject.com/fountain_of_ibrahim_rumi#gallery-3)